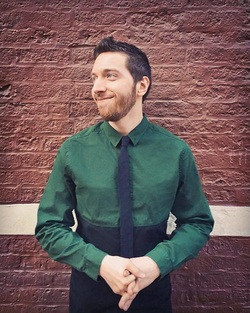 J. Alexander Brown is a composer, collaborator, and advocate for contemporary music, with a strong interest in electronics and minimalist techniques. His interests in other disciplines, ranging from literature to film, inform both his approach to music and his musical language. He was the 2010 recipient of the Paul J. Pacini Music Scholarship from Bard College, where he graduated with a B.A. in music. While at Bard, Mr. Brown collaborated with such artists as The American Symphony Orchestra under the direction of Leon Botstein, Blair McMillen and the Da Capo Players, Marka Gustavsson of the Colorado Quartet, and David Bloom with  Contemporaneous. He studied primarily with composer and author, Kyle Gann.

His opera, When We Dead Awaken, was produced at Bard College under the direction of Emily Cuk and conducted by David Bloom. The principal roles of Maia, Irene, and Rubek were originated by sopranos Elana Gleason and Lesley DeMartin, and tenor Sean Christensen.

He received his master’s degree in music composition at the Hartt School where he studied with Robert Carl and Ken Steen in 2012. At Hartt, he collaborated with the school’s theater division on the 2012 production of Hamlet, under the direction of Malcolm Morrison and also took part in a masterclass with American opera composer, Thomas Pasatieri, where excerpts of his opera were presented. Other collaborations include premieres of his amplified string quartet …And Let My Cry Come Unto Thee with the Foot in the Door ensemble and the quasi-operatic, Hagar, written for and performed by composer/countertenor, Steven Serpa.

Recent collaborations include a short series of sound pieces of the gallery exhibition "Unoriginal," and the premiere of his Music for Double Bass, for double bass solo/ensemble, led by Evan Runyon at the 2016 Look & Listen Festival.